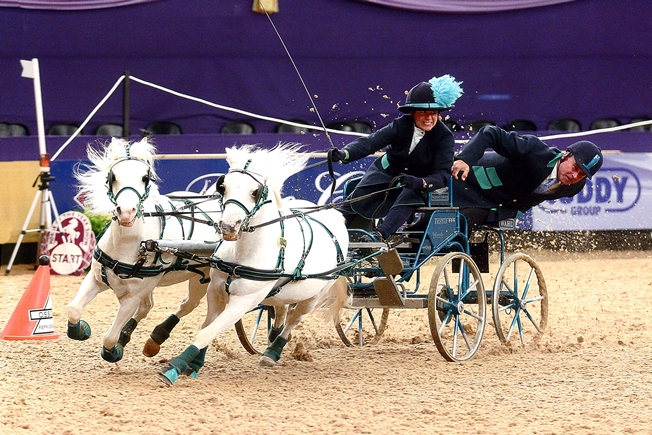 We are delighted at The CC to work in close association with specialist photographer Paul Orchard. Paul's fantastic images form an integral part of the website and our social media pages. Paul is present at many driving shows and events, both as a photographer and as part of the Orchard scurry team with his wife Chris. Paul's images are available to purchase via his Facebook page or website - June 2020 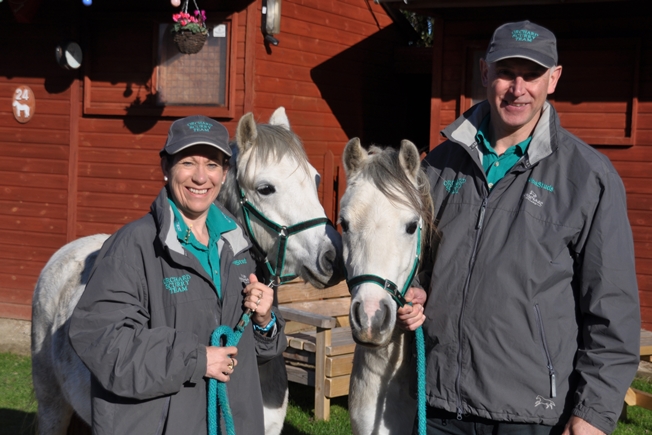 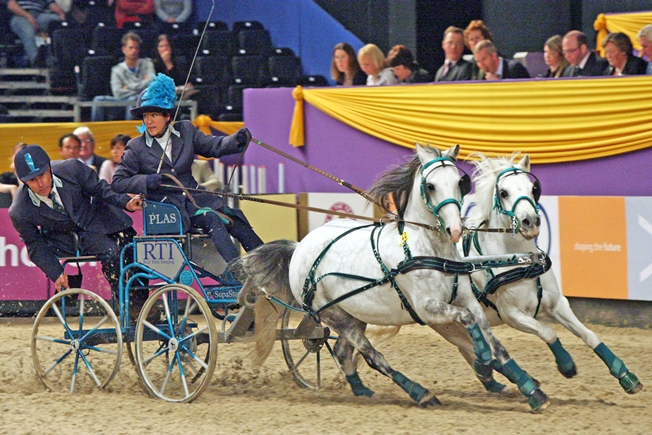 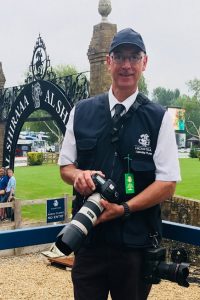 When asking specialist carriage driving photographer Paul Orchard what it takes to capture the perfect photo, after some thought he puts it down to one thing – luck.

But that answer is typical of Paul.  Charm personified and generous to a fault, nothing is too much trouble for him.  Modesty would prevent he himself attributing his superb images to skill, patience, a keen eye and an extensive technical knowledge of the lens.  Or that he has been handling a camera since he was 8 years old after being given one by his father to take photos at air shows, where the young Paul was enraptured by the action of the flying planes.

For those who know him or work with him, there is a quiet steeliness to Paul, a focus both behind and away from the camera that leaves no one in any doubt that he will attain his goal, be it the ‘killer’ image or a great result for the scurry ponies that he produces with his wife Chris.

Paul and Chris Orchard work as a team, in all aspects of their life.  Married for over 30 years, Chris is one of the British scurry world’s most successful drivers and famous not only for her quick turns and blistering times against the clock, but for her flamboyant feathers and distinctive look in the ring.

‘When we started competing with the scurry ponies, we wanted to stand out from the rest,’ says Paul. ‘We knew that if we wanted to attract sponsors and keep them, then not only did we have to get the results, but we needed to get the commentators and the crowds on side too.  Looking a bit different and colourful helped no end.’

They came to scurry driving from an unusual start.  Having met in the mid-1970s at a music venue, the Nashville in Camden, north London, while Chris was 18 and Paul 17, they bonded over a shared love of the music scene.  Chris was dating a bass guitar player at the time – an instrument she took up – and Paul was keen to play the drums.  They ended up in a band together.  Horses were not part of their lives then but having been brought up on a farm in Lincolnshire, Chris always knew she wanted to ride as there had once been working horses on the land.  For Dulwich born Londoner Paul, it was something new – although his grandfather had used horses for delivery.  And in those early days together, their interest in equestrianism was piqued when one rehearsal venue for the band was a converted stable block.

‘For my 25th birthday, Paul bought me some riding lessons, and I never looked back,’ Chris says.

‘Yes, but for my 30th birthday, Chris bought me some riding gear, and then I was roped in too!’ Paul responds.

And although Paul had dropped his interest in photography in favour of music, he found that once Chris was riding and competing – something he too ended up doing – he started taking images again.  Then when he saw some of the photos in the equestrian press, he decided that he could probably do a better job – and the rest, as they say, is history.

Together they did a lot of show jumping and really enjoyed it.  Yet they had their eye on a bigger prize.  Knowing that they really wanted to compete at the Horse of the Year Show, but aware that the opportunity to do it with show jumpers just wasn’t feasible, they fixed on scurry driving, which they had seen at both Hickstead and HOYS.

Little did they know then that not only would HOYS become a regular fixture for them as competitors, but that Paul would be one of the photographers there, invited to be in the coveted pit next to the Puissance jump.

‘I went to see former scurry champion Bill Hundley in Hampshire, who had just won the championship at HOYS,’ Chris remembers. ‘After only a few minutes, I was going flat out with his ponies and I knew that scurrying was for me.’  It was the first time Chris had ever taken up the reins or even sat on a carriage, which was 22 years ago now.

With a corporate background, having for many years worked in a development business which supplies the medical industry, Paul knew that if they were going to be successful on the scurry scene creating an image and brand, and having sponsors on board, was key.  But he also knew that it’s one thing attracting a sponsor, but it’s another keeping them on board.  So over the years the Orchards have targeted the sponsors they wanted to be associated with, perhaps parted company with others that they didn’t, and ensured that at all times, the sponsors are well looked after and promoted as much as possible.

Chris remembers that one of her favourite moments was at HOYS, when her main sponsor, Fiona Gordon-Clarke of Carriagehouse Insurance, finally took up the offer of some tickets to attend the show and watch the class – and Chris, although last to go, won.  Paul says that he will always be grateful to the commentator that evening who mentioned Fiona’s company repeatedly – and it has helped keep the partnership going for many years.

For the Orchards, the scurrying, the indoor driving and the training of their ponies go hand in hand with the photography.  Although Chris competes in the ring, if they have more than one pair at a show, then Paul will be in charge of the taking ponies to and from the ring – except when he is off taking photos and nowhere to be found!

It is a rare couple that can work so closely together.  By day Chris works for the local authority in Croydon and the couple even commute to and from work together.  Paul will also be found on the dickie seat behind Chris, leaning at perilous angles during a fast scurry round, or keeping things level at an indoor event.

But it is photography and capturing that magic moment in a turnout’s day that is Paul’s passion.  For it is passion which compels him to travel at dawn to a show or event hundreds of miles away, stand – or kneel – outside in all weathers, and then spend the evening editing the hundreds of photos that he has taken.  He and Chris – unsurprisingly – have an efficient system for that too.  Armed with a glass of wine each, Paul will at speed flick through the day’s photos, and call out the numbers of those which he wants to keep.  Chris will make a note of those numbers then while Paul makes the final edits, Chris goes off to cook supper!

Now with seven ponies at home, who compete under the professional titles of Carriagehouse Insurance ‘Touch & Go’ and ‘Rough & Tumble’, the Orchards are constantly busy.  Their oldest pony, Mustard (the original ‘Go’ from ‘Touch & Go’), is now 29 and the youngest are 8.  They started off with ‘Twyford’ ponies and had several from the same bloodlines over the years, the greys setting off the ‘Team Orchard’ colour scheme of turquoise and navy to perfection.

If drawn on what it is, other than a decent background and a well put together turnout, that Paul looks for, he will say it’s all in the eyes… both equine and human.  While he admits that’s it’s not always easy to capture a horse’s eyes which are often concealed with blinkers, he says he will try and feature the face of the driver.

‘Although when someone is looking at a photo of their turnout, they rarely worry about what they themselves look like or how I’ve captured them.  They look straight at the horse.  That’s why the configuration of the legs, the footfall and yes, that little bit of luck, all contribute to make that special photo.’